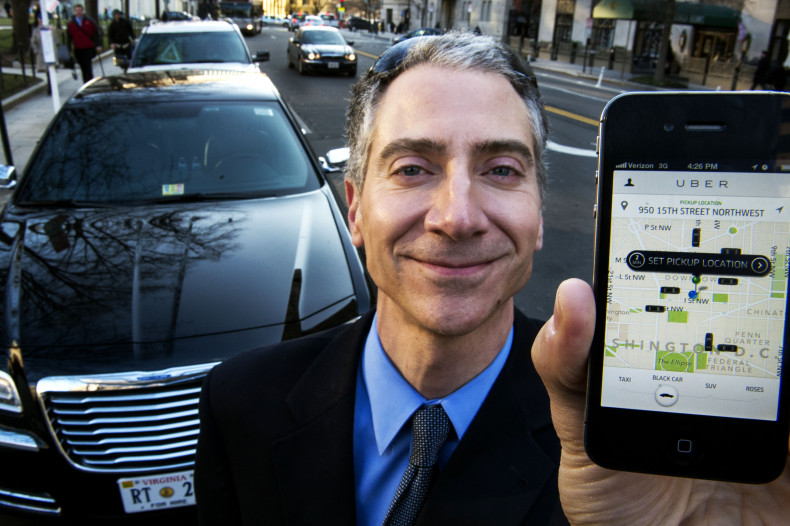 Peter Faris, CEO of Szabo Faris LLC Transportation Solutions, stands in front of one of his vehicles while holding a smart phone with an app that orders up his sedan service February 14, 2013 in Washington, DC. Faris, an independent driver who works with Uber, a technology firm which has created a mobile app which allows consumers to use their device to request a nearby taxi or limousine. Uber is among a number of apps which are being deployed in cities in the United States and worldwide. AFP Photo/Paul J. RichardsPAUL J. RICHARDS/AFP/Getty Images